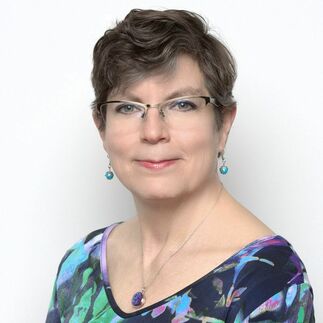 Before recovery, I was in therapy for 37 years, read scores of self help books, attended retreats, workshops, spiritual groups, completed workbooks - you name it! The amount of change I was able to make and the healing I was able to experience in just my first two years of recovery was greater than that 37 years combined! So for me, the 12 steps is where it's at! If you want to know the details (and I mean details) about my transformations, either read the reeeeeeally long bulleted list below or listen to my podcast episode where I tell my story in brief.

I really enjoy working with anyone who has gotten to the point where they realize, “What happened to 'happy, joyous and free?'” I’m partial to people in the 12-step recovery community, especially those who are entrepreneurs or want to be, but I will coach anyone who wants to be Happy, Joyous and Free.

I help people recognize and change their dysfunctional patterns, as well as recognize and utilize their strengths and talents. If you're an addict, grew up in a dysfunctional family, or are codependent, chances are you grew up thinking you weren't worth very much, or that you didn't have strengths that are valuable. I can help you figure out where your strengths lie (because you do have them!) and how to tap into them and apply the tools of recovery to the rest of your life. Alternatively, you may have grown up under such circumstances but landed on the other side of the coin - where you think you're great and have all the answers and people should listen to you because you know "The Right Way" things should be done. If that's not working for you, I can help with that too.

I’m also really good at helping people to set up systems and processes so that they have some consistency and predictability. And I’m a connector - it’s what I do, I can’t help myself! I love connecting people to other people, organizations, resources or ideas.

One last (very important) thing. I don't speak for or endorse any particular 12 step program of recovery. Though I'm a huge fan of 12 step recovery, and a member of two 12 step fellowships, I cannot speak them. Take what you want and leave the rest.

I've transformed my life repeatedly - financially, physically, emotionally, psychologically and professionally, so I know what it takes to transform your life! What you see in these pictures is just the outward manifestation of the inner changes that have taken place in my life. See the bulleted list below for lots of detail about the many ways in which my life has been transformed.